"First class" with a healthy climate and clean air 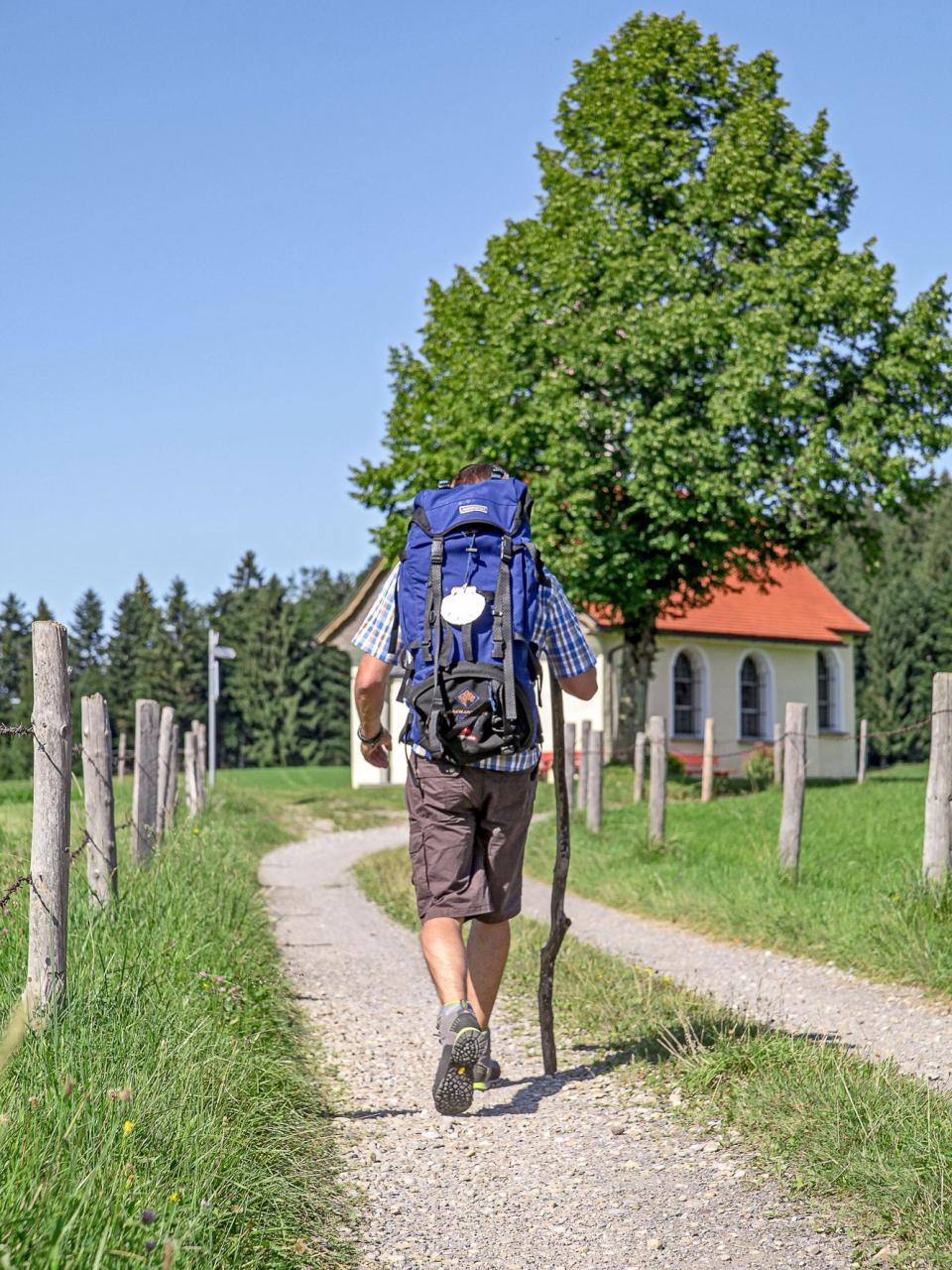 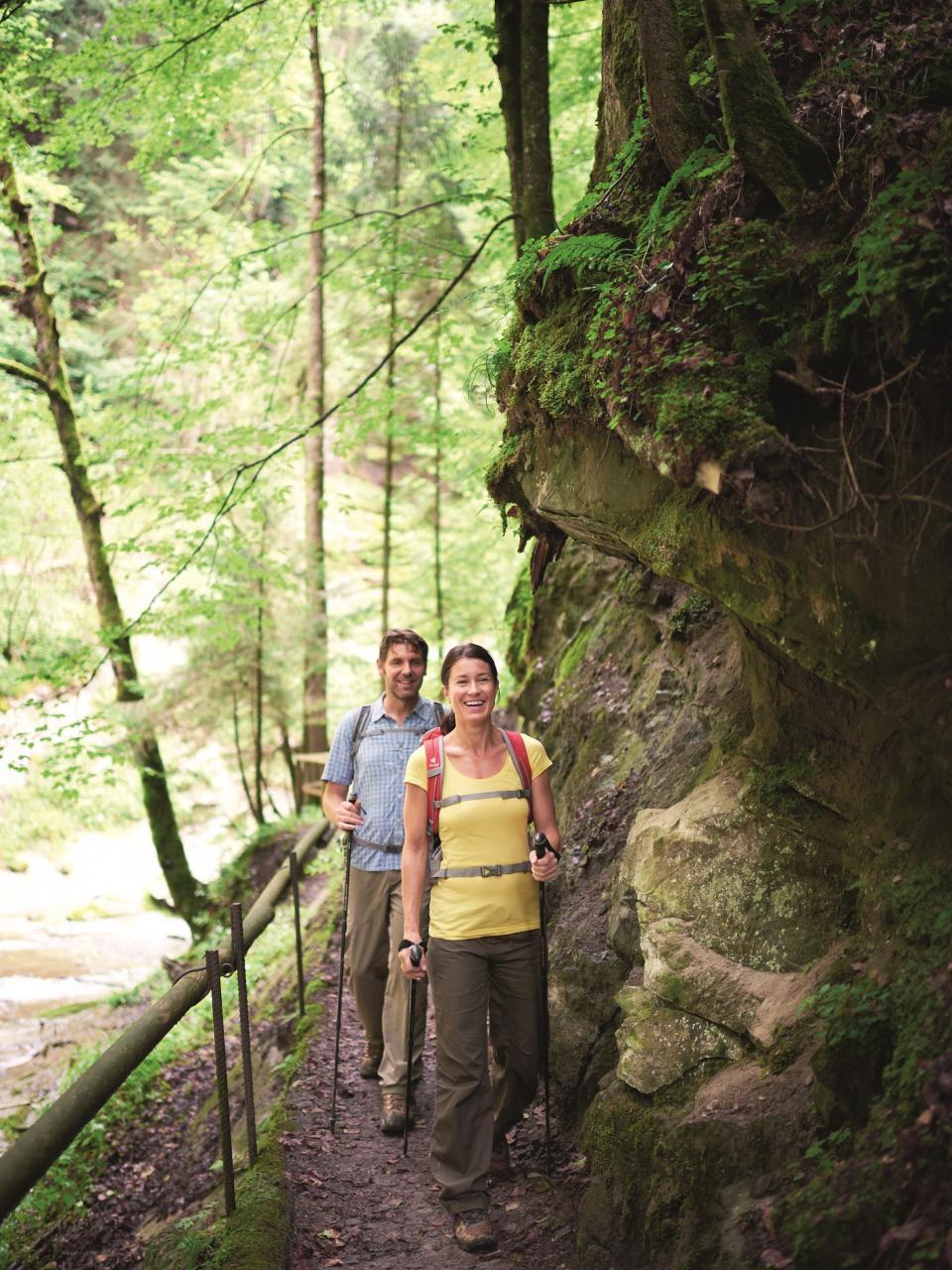 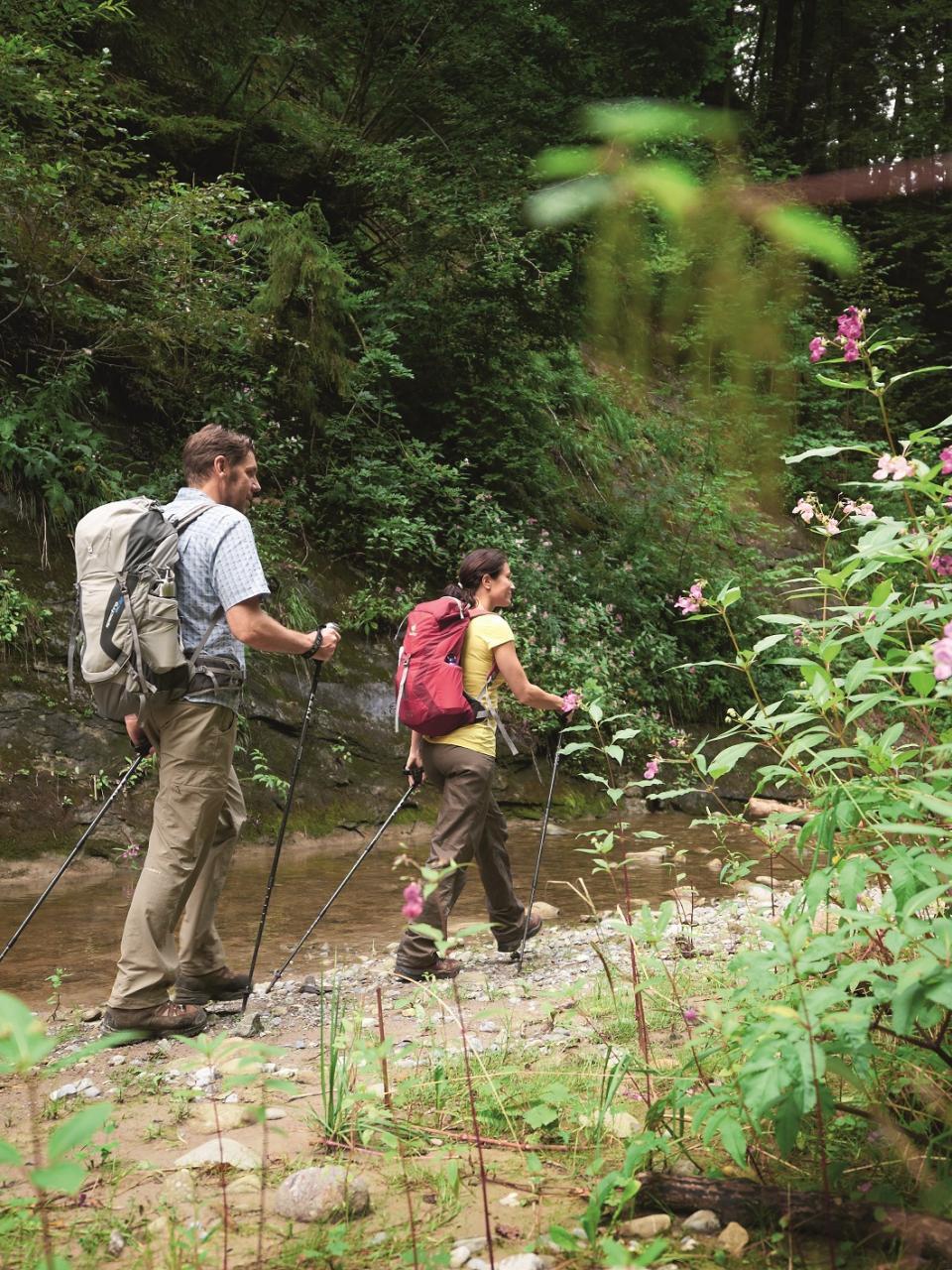 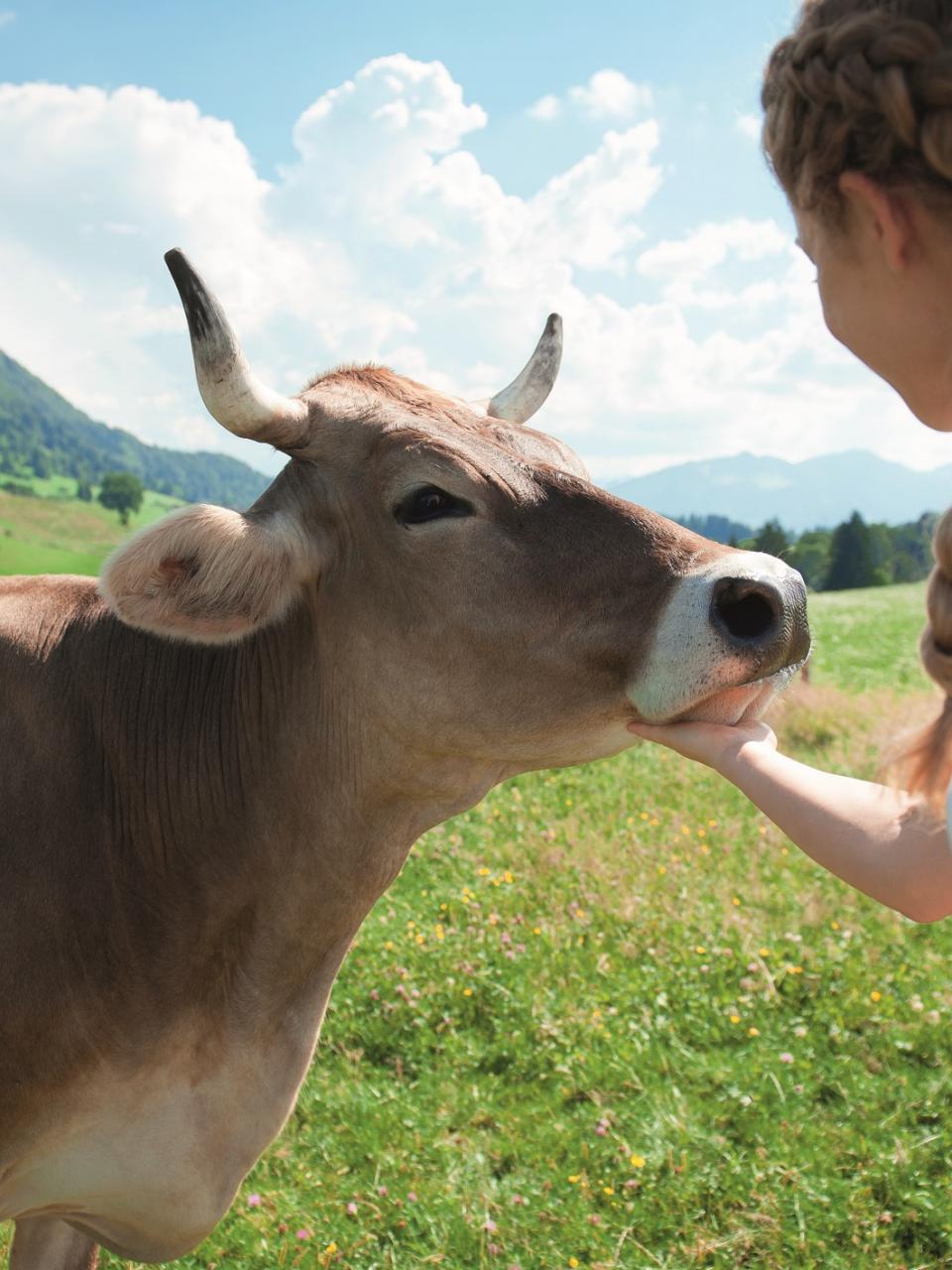 As a first class spa and health resort, Scheidegg offers guests a healthy climate and clean mountain air. In addition it boasts an extensive network of marked paths and hiking trails, as well as themed tracks, such as the chapel footpath, the Kneipp circuit, the cheese route and the Santiago pilgrimage trail. The varied scenery, with its meadows, forests, streams, gulleys (Eistobel) and waterfalls (Scheidegger waterfalls) is guaranteed to lift the spirits of any walker. Make the most of this natural beauty to recharge your batteries and improve your health. A very special experience is provided by the skywalk allgäu – a path through the tree-tops, which enables you to appreciate the forest from a completely new angle. 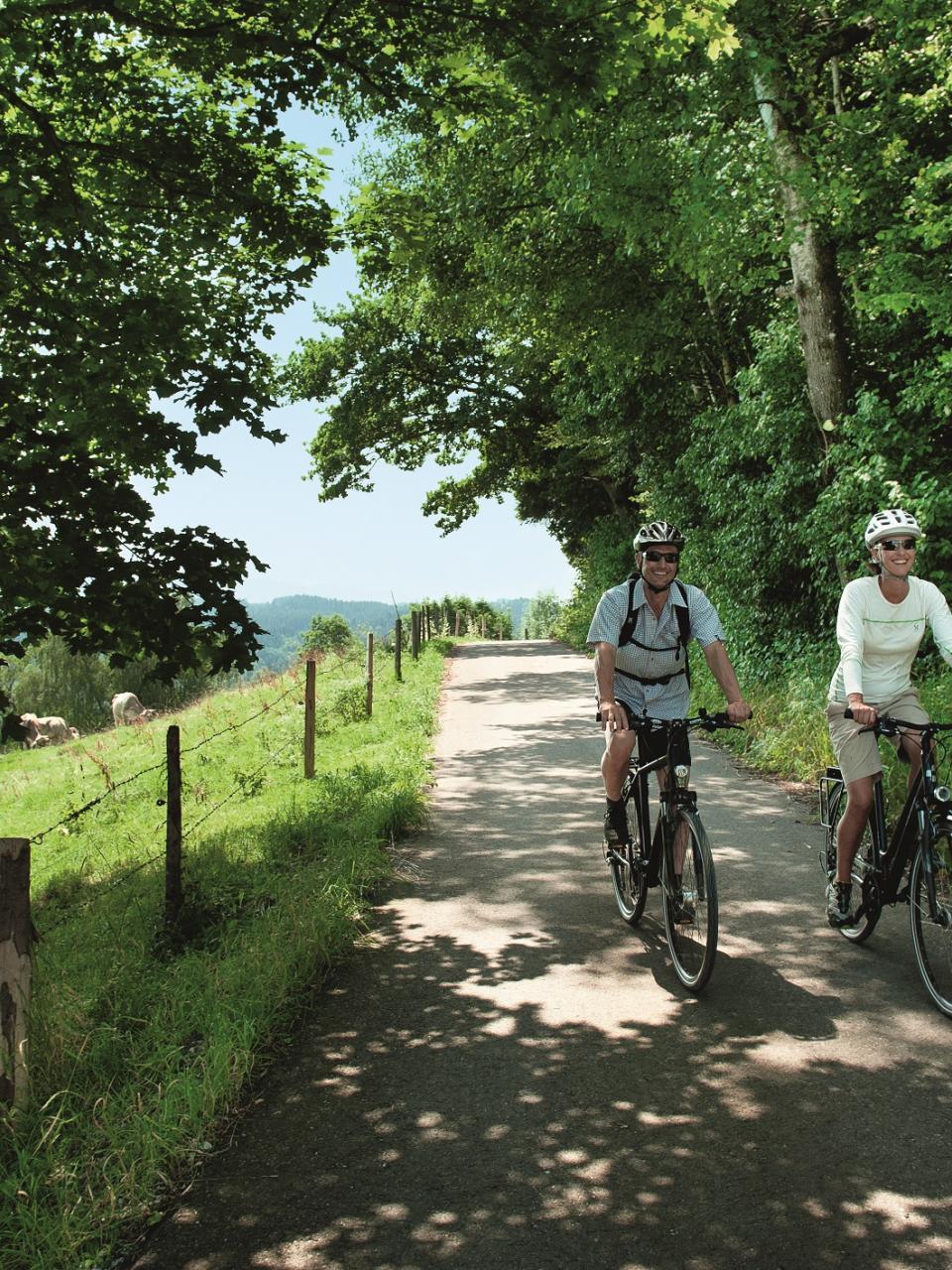 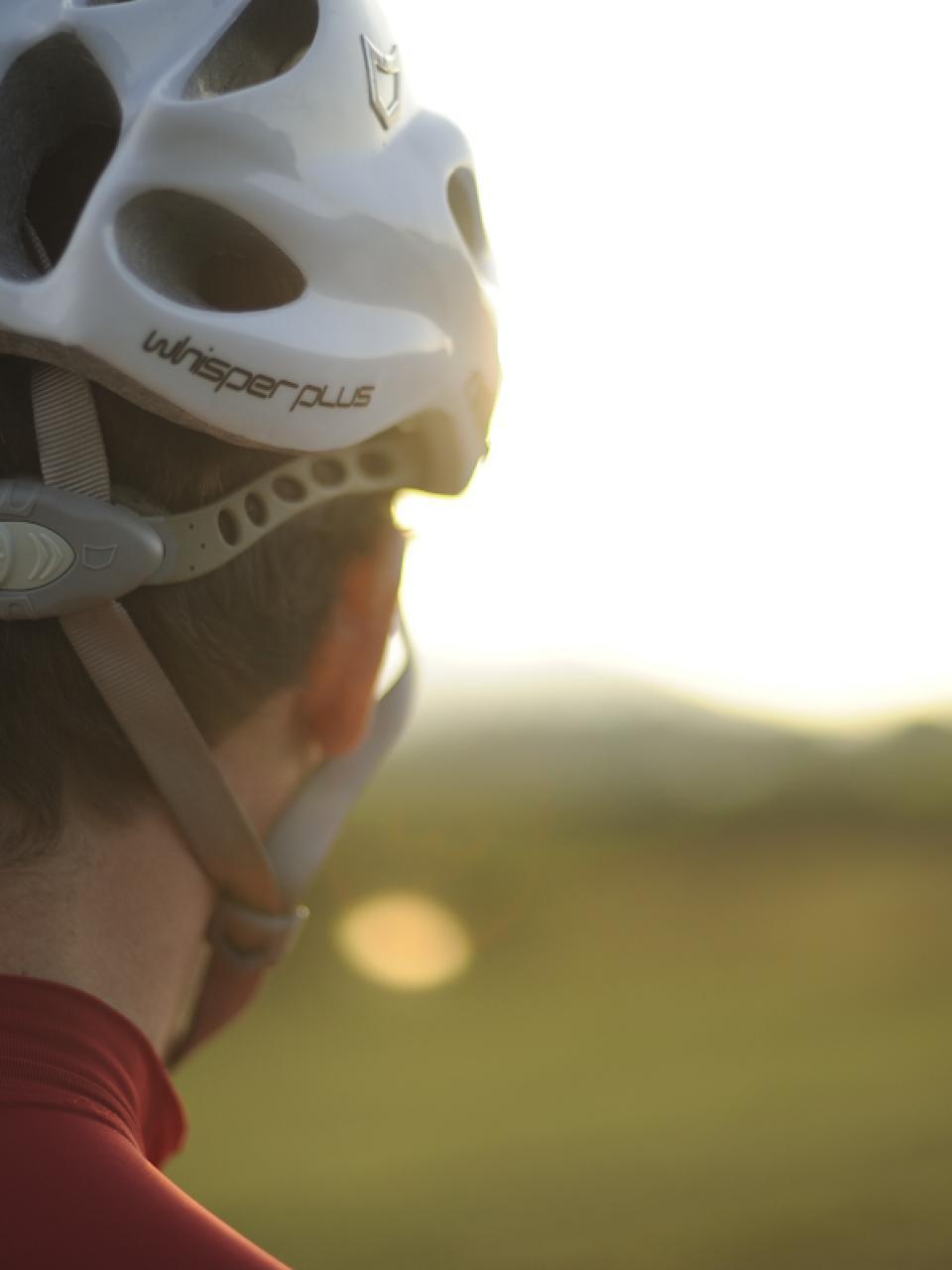 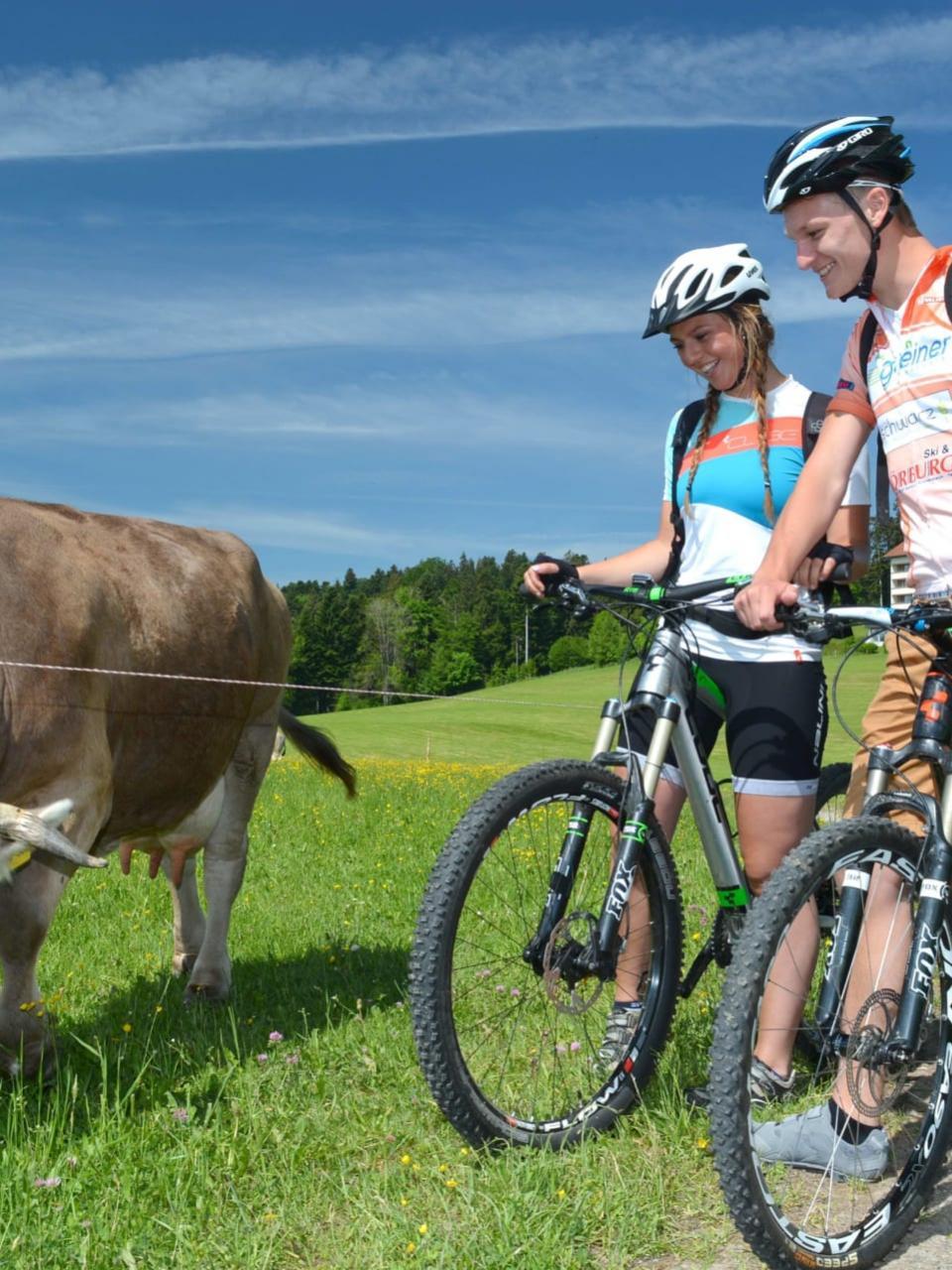 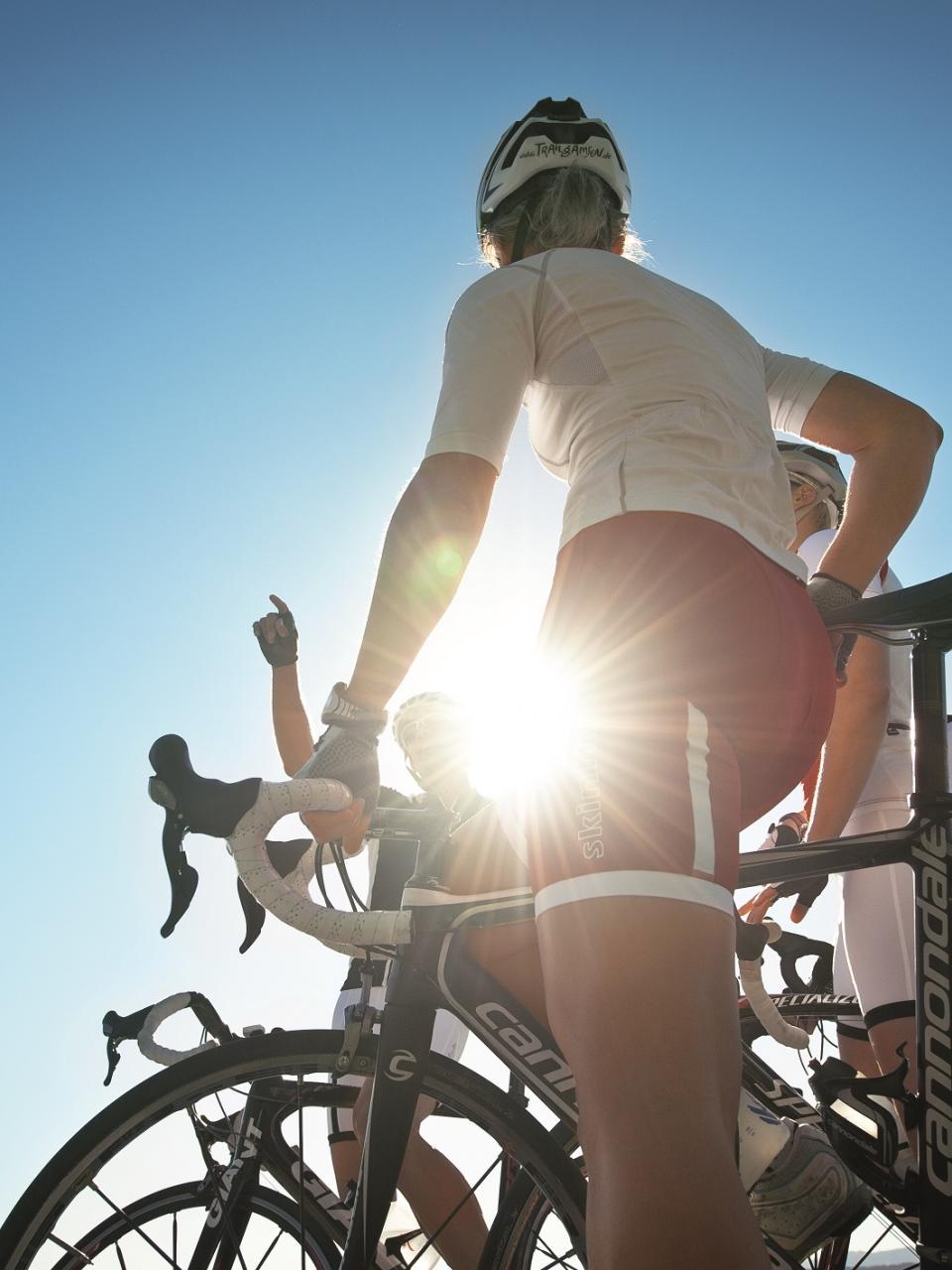 Scheidegg – an Eldorado for cycle tours

Cycling fun for all abilities and preferences in a fabulous landscape with countless kilometres of cycling tracks: flat, intermediate with a few easy ups and downs or really mountainous; by racing bike, touring cycle or mountain bike. In combination with public transport services, cycling excursions further afield to destinations such as Lake Constance or the Bregenzerwald are also possible. 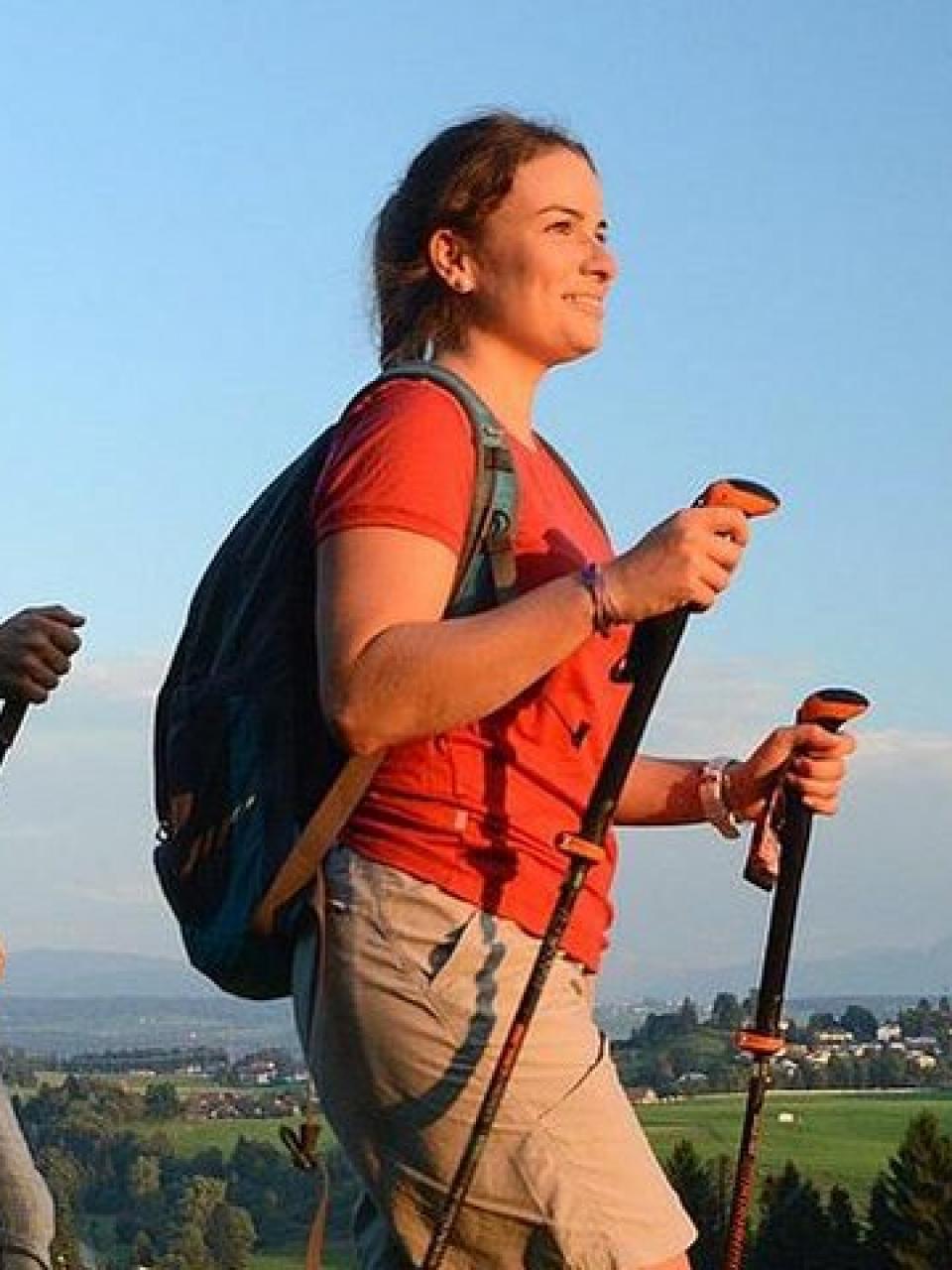 Choose from 22 marked Nordic walking routes of all grades of difficulty. Beginners can learn the basics in Scheidegg and hire the necessary equipment locally. Even experienced and professional Nordic walkers will find sufficient challenge in our varied countryside. 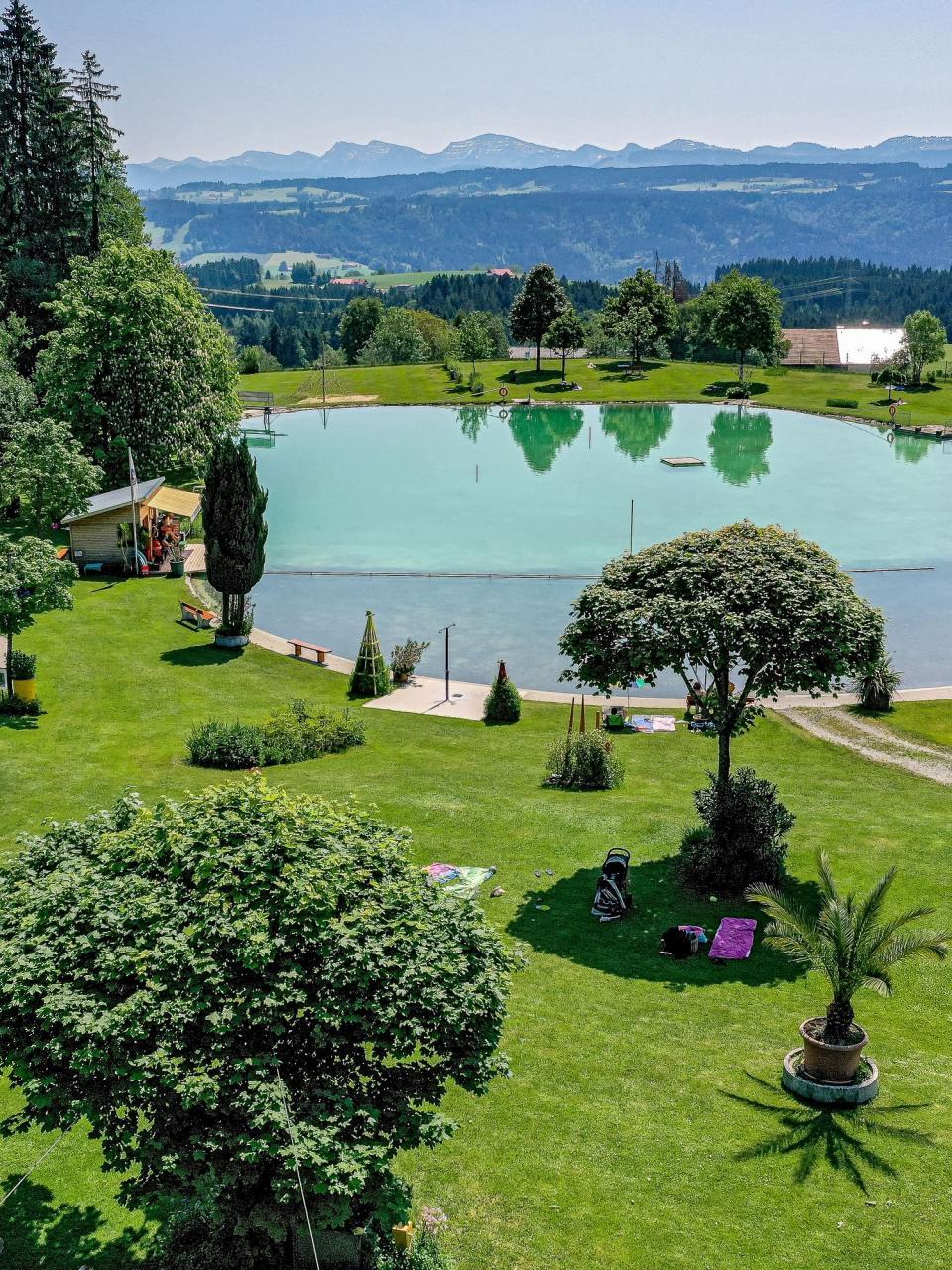 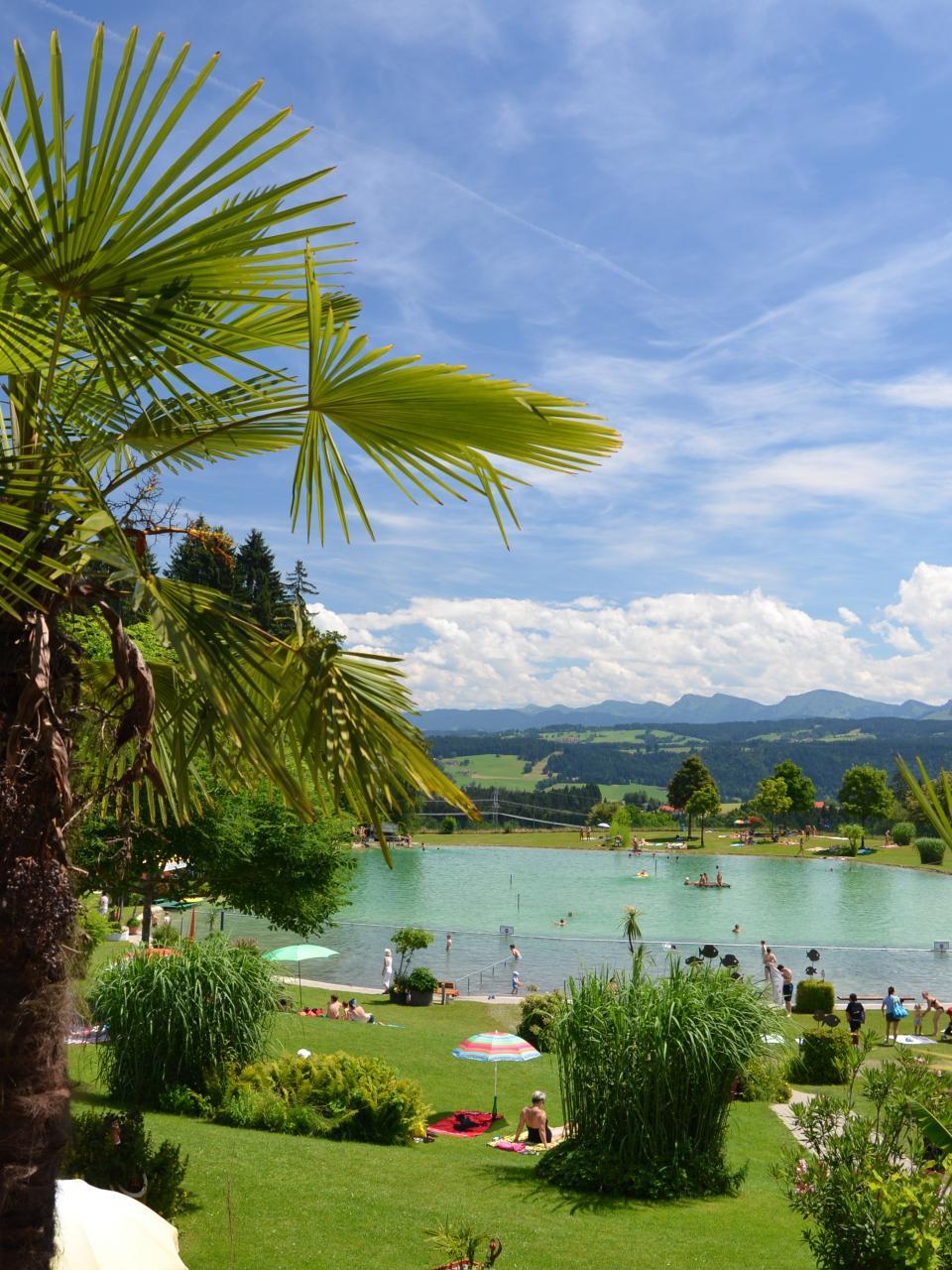 A visit to the Alpenfreibad outdoor pool in Scheidegg is a fun experience for young and old alike. Swim in a natural pool fed by fresh spring water and enjoy relaxing on the sunbathing lawn with its sweeping alpine views of the Allgäu borderlands.

Two circular heated children’s pools with water slides provide lots of fun for smaller visitors to the Alpenfreibad. There’s also a playground, table tennis facilities and much more besides.  Even the very youngest feel at home here – the modern washrooms include baby-changing facilities, as well as a disabled shower and toilet.

The sun – the power to heal and to heat. With help of solar energy and photovoltaic cells we harness the power of the sun to heat the water for the pool and showers. 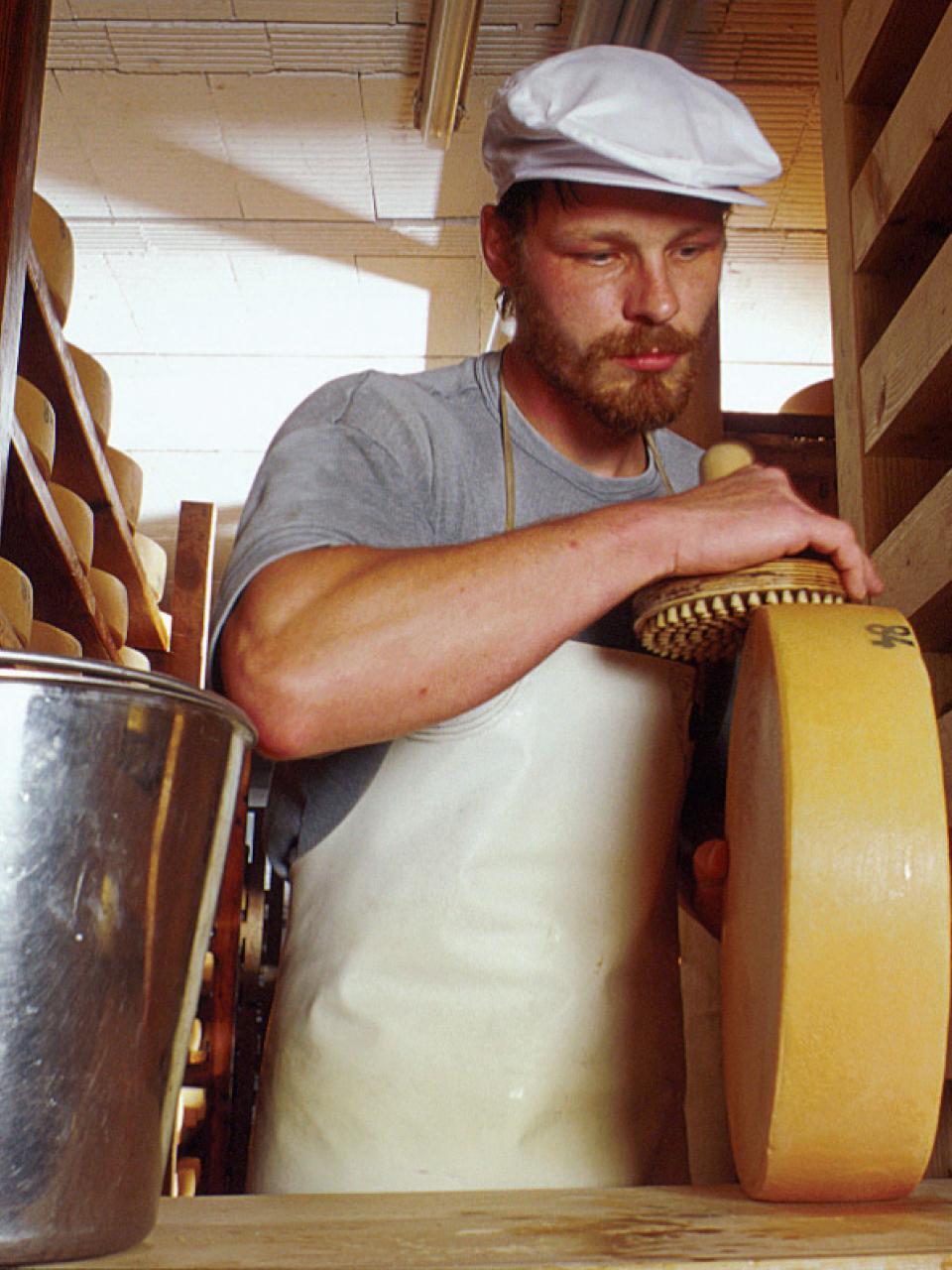 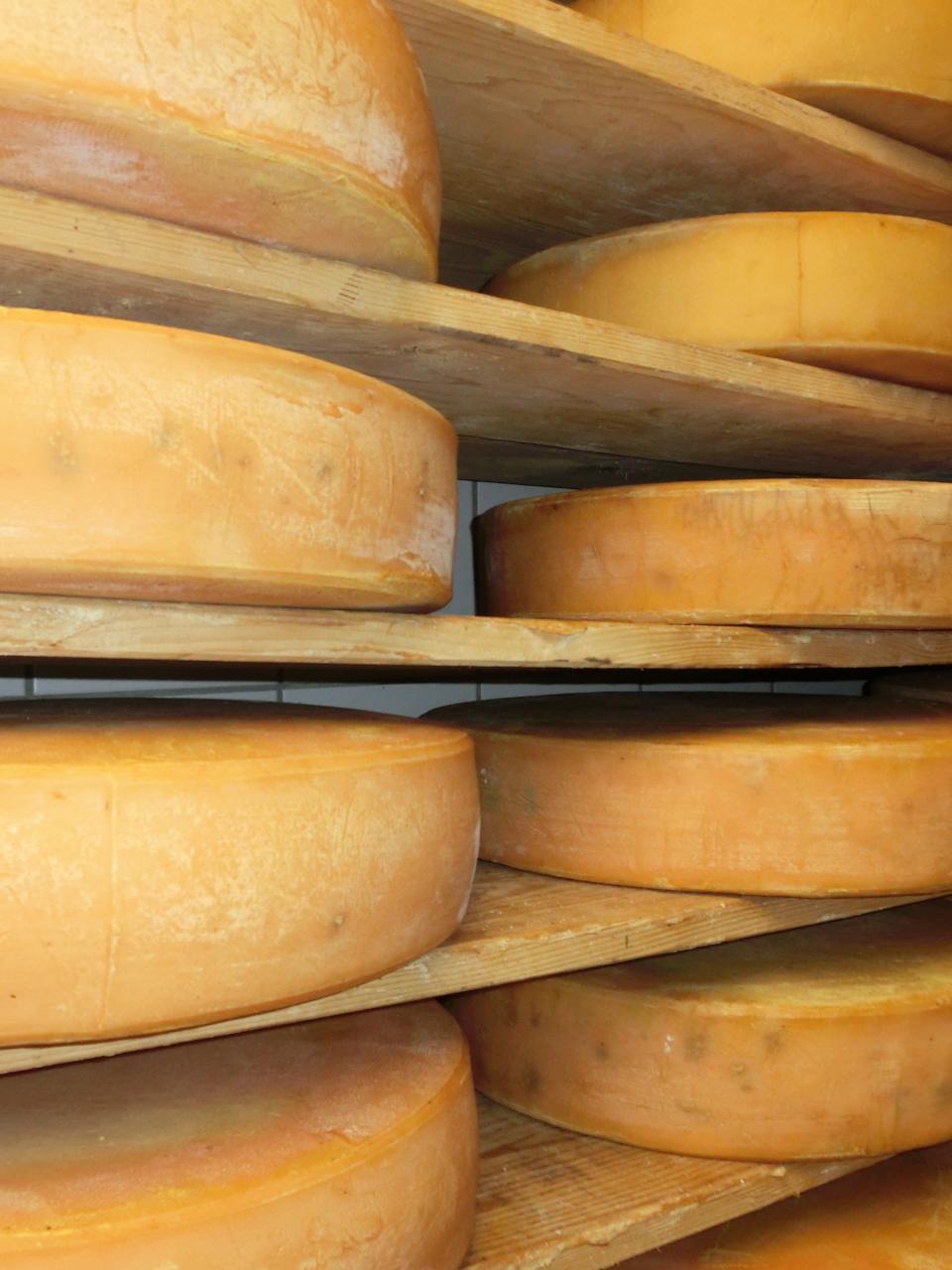 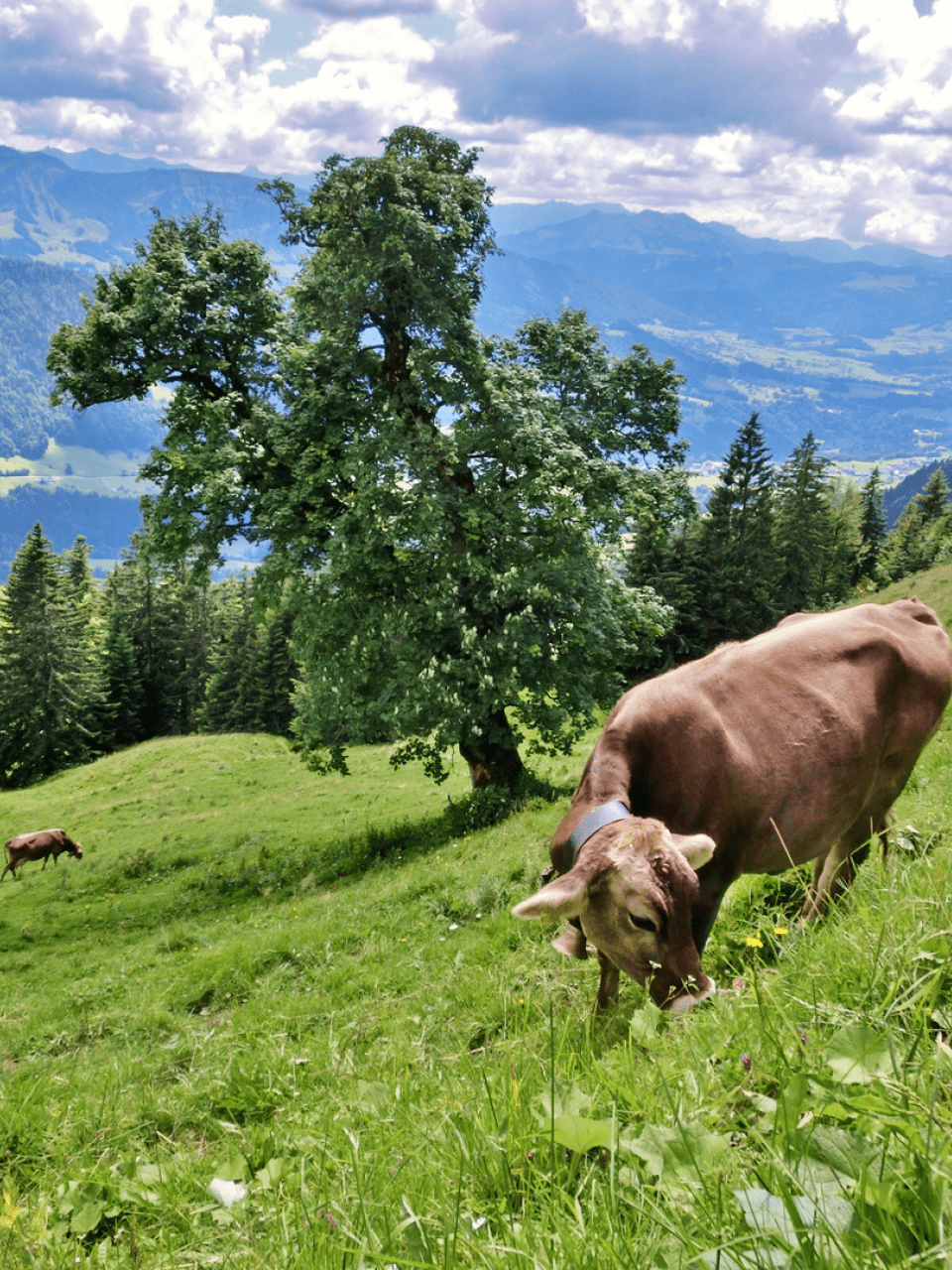 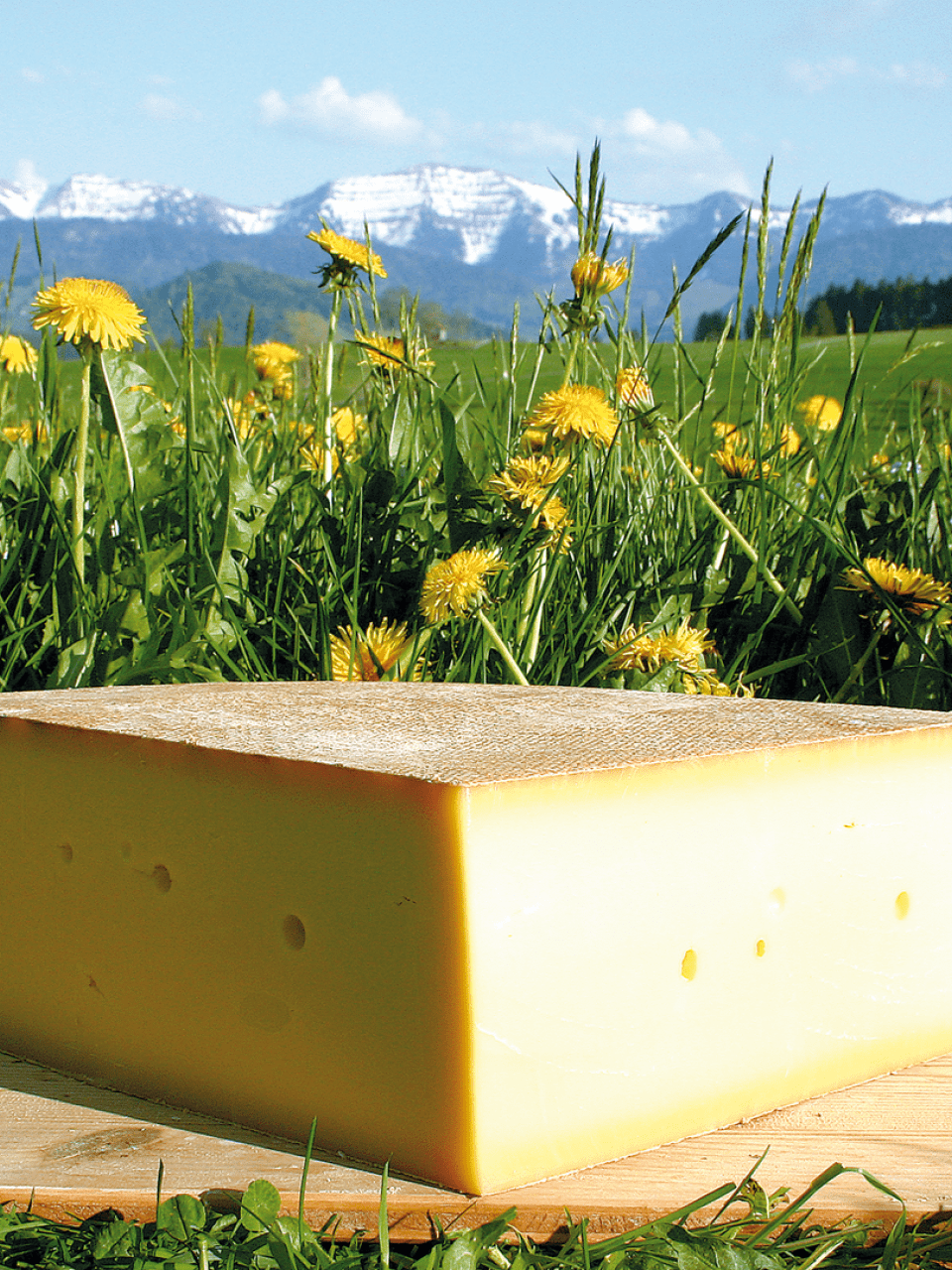 TheWestallgäu Cheese Route is an insider tip for discerning visitors: Together with a brewery and a distillery, a number of dairies, inns and farm shops have formed a 46 kilometre discovery circuit, to advertise the gastronomy of the Westallgäu at its very best.

Well away from the main roads, the Westallgäu Cheese Route extends from the southern Westallgäu through to Bad Wurzach in the north, on the border with Oberschwaben. Explore by bike or on foot, and discover how and which types of Allgäu Emmentaler and Allgäu alpine cheese are produced using traditional methods. Ancient inns invite you to take a break and indulge in a tasty cheese sandwich. Nearly all the dairies offer the chance to watch a cheese-making demonstration. Or do you already know how the holes get into the cheese?
Right next door in the neighbouring village of Börserscheidegg you can taste some wonderful cheeses and even take some home with you! 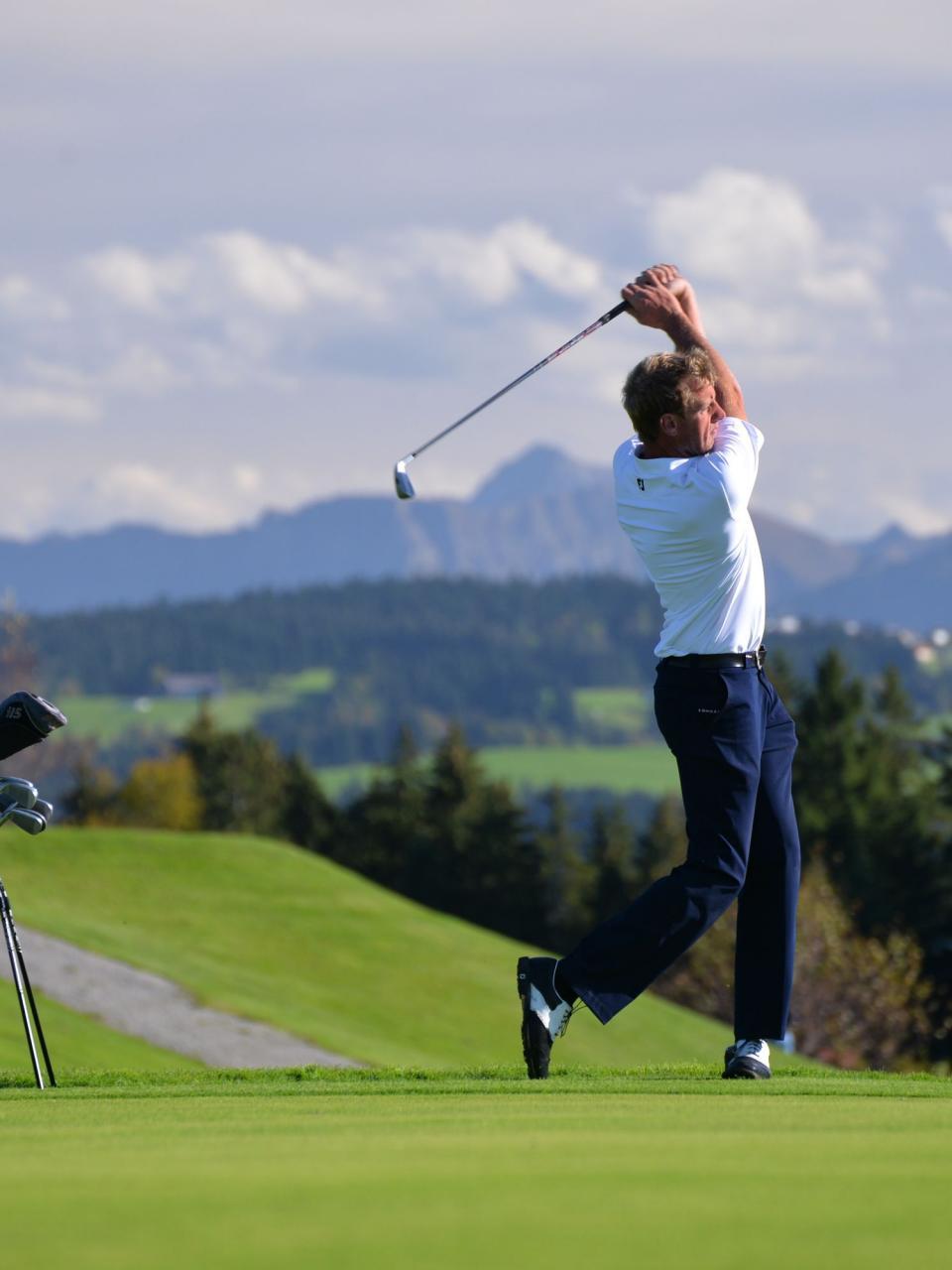 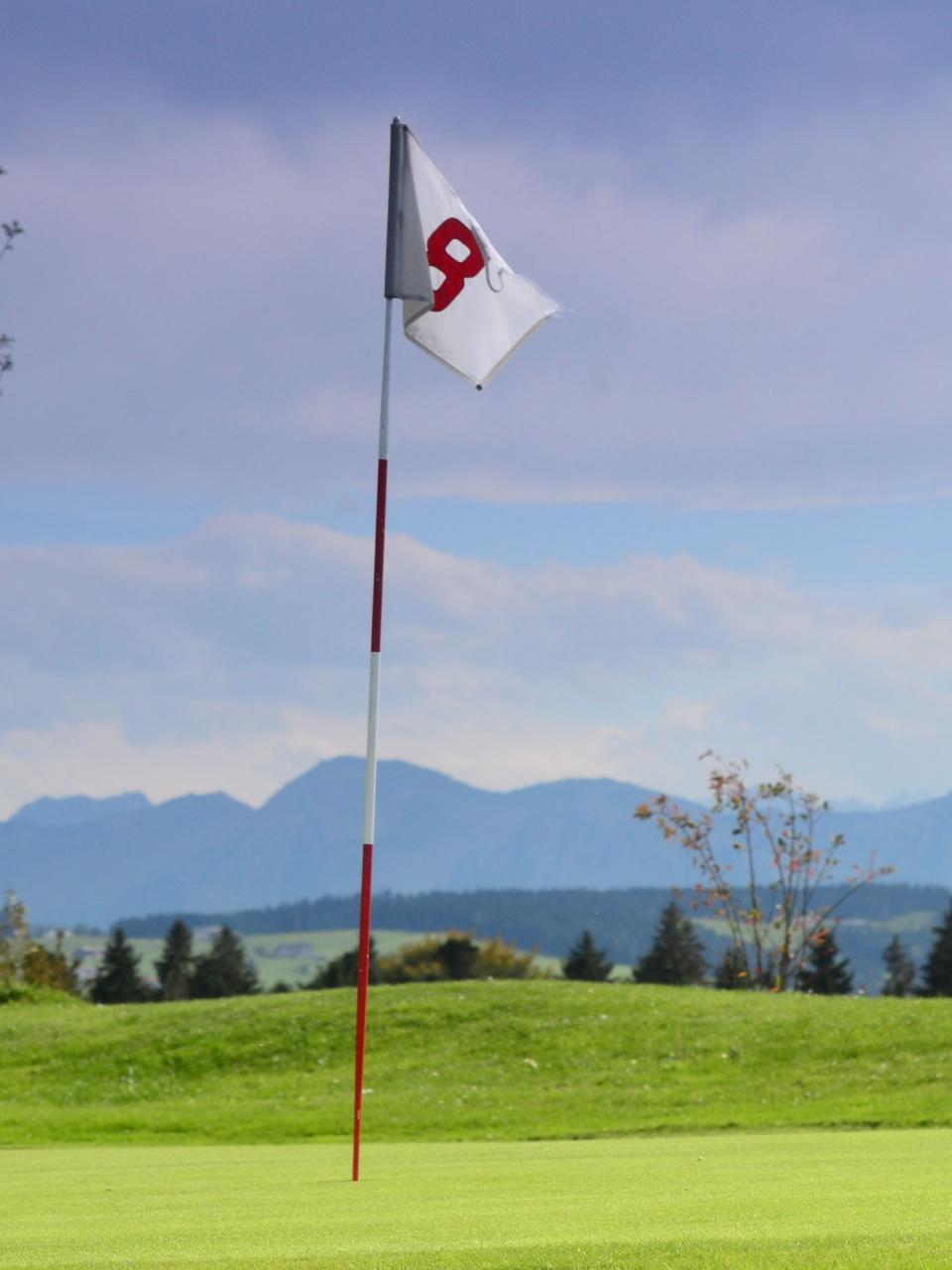 Only 5 minutes’ walk from the hotel, Scheidegg Golf Club’s new 9-hole golf course occupies a semi-circular location around Buflingsried Scheidegg, in the heart of the sunny Scheidegg plateau. 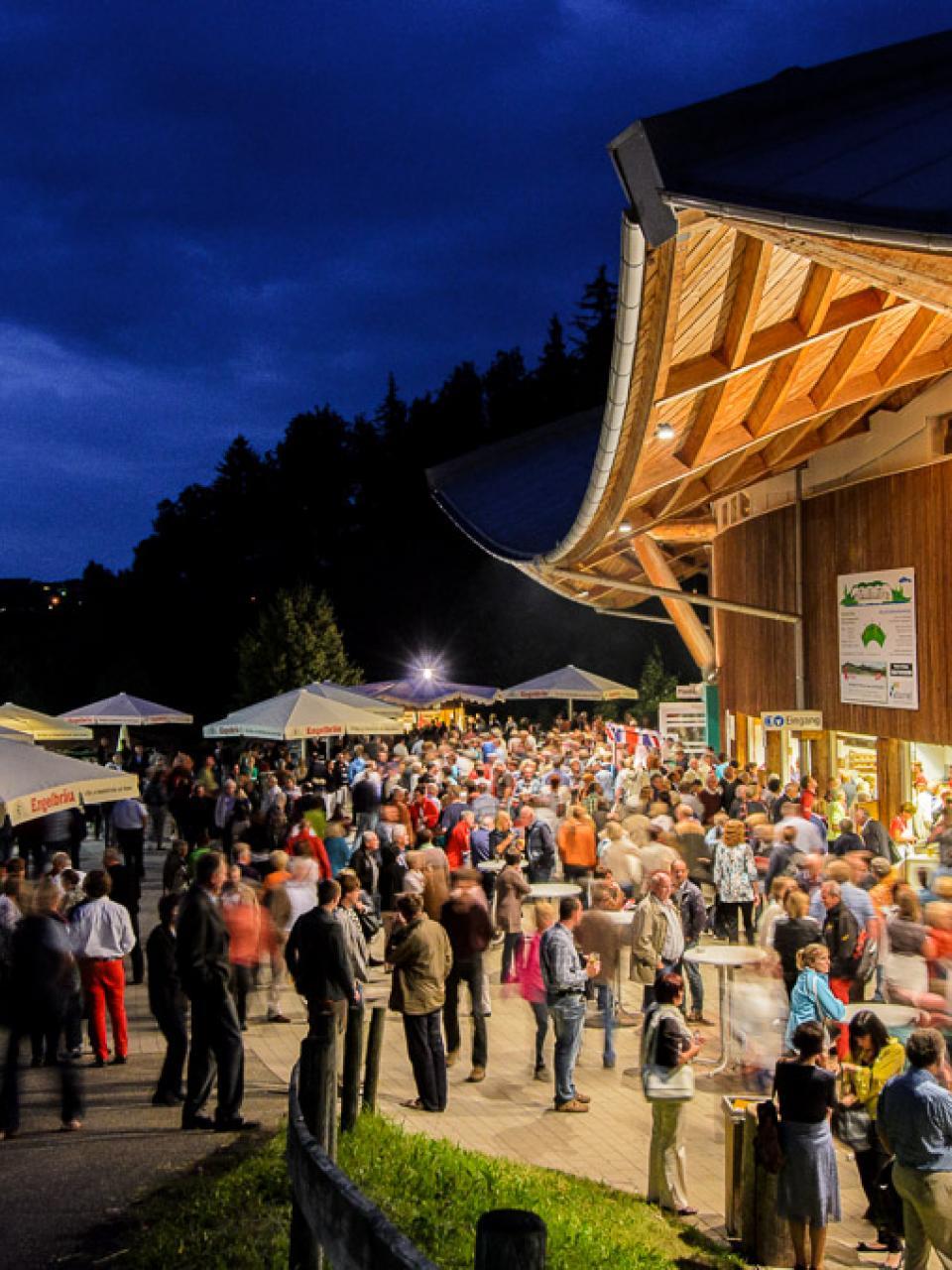 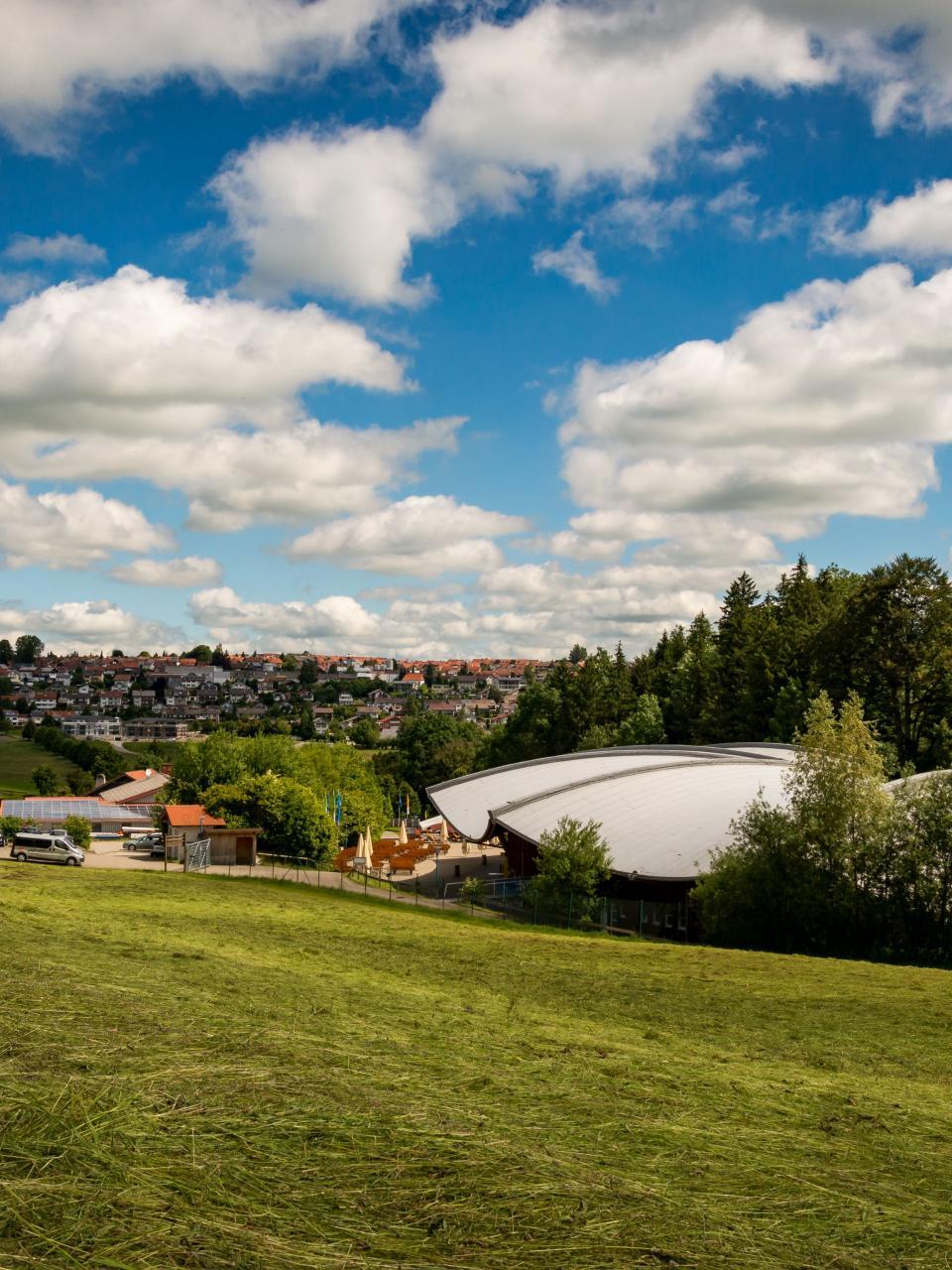 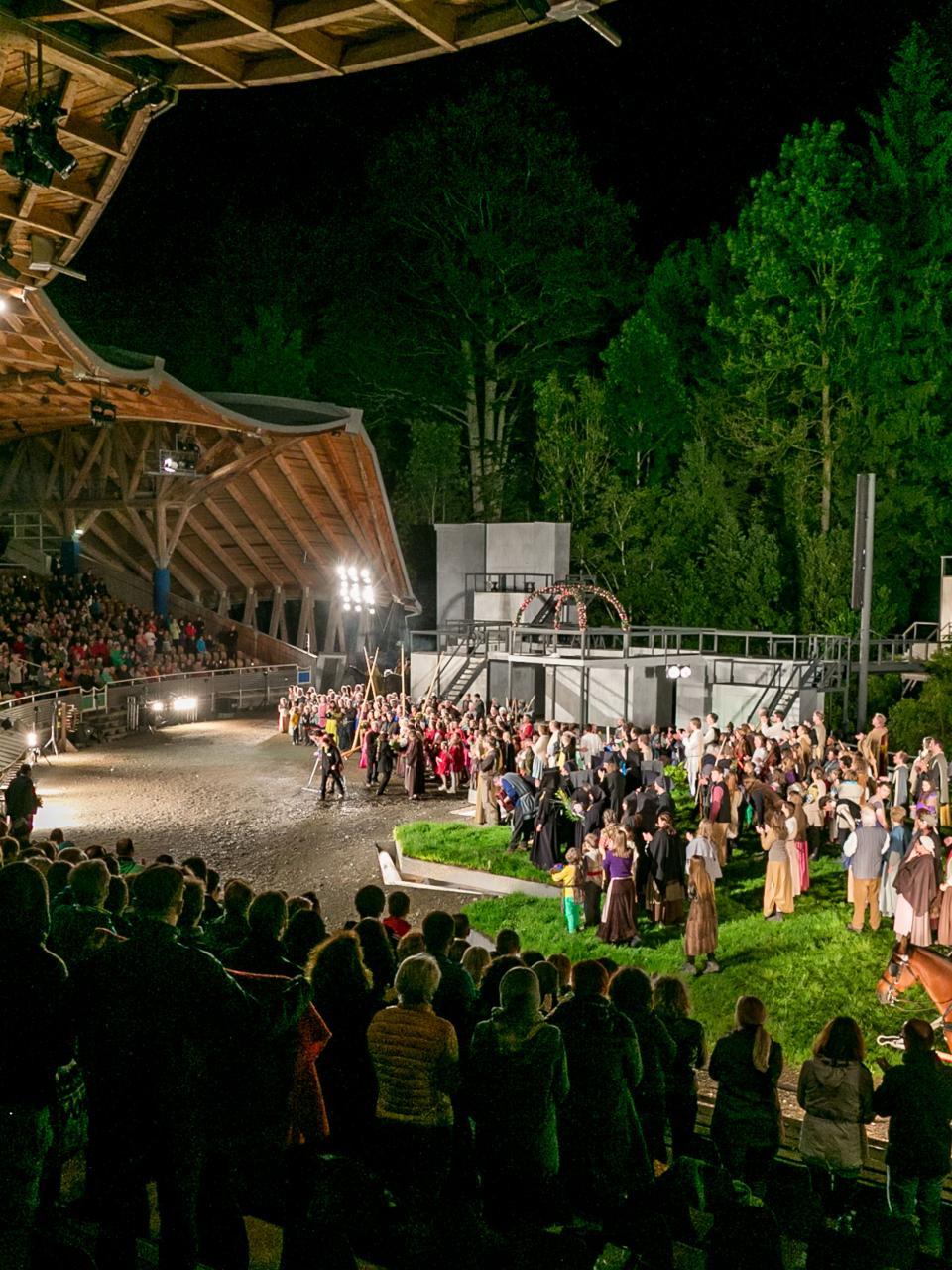 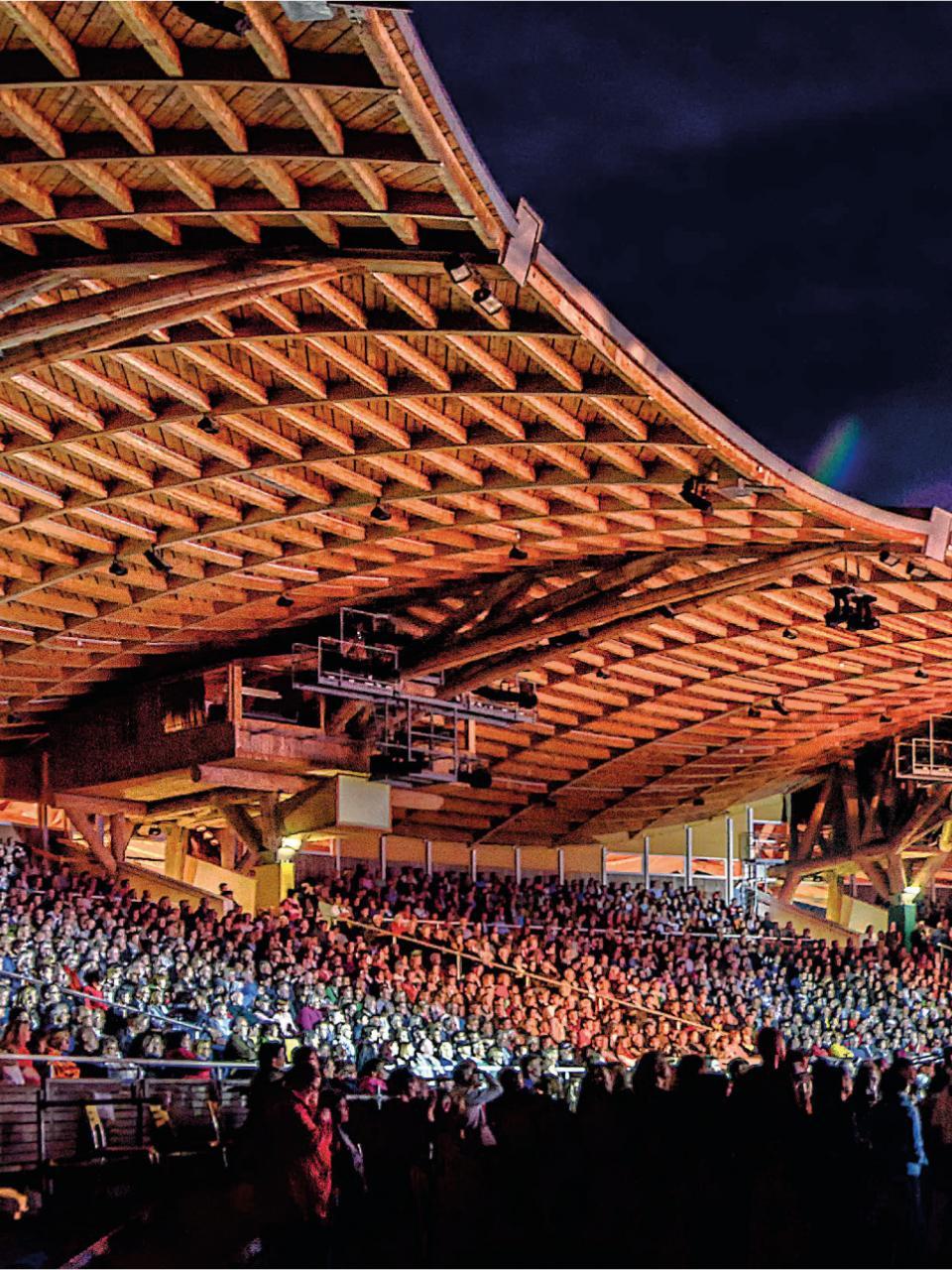 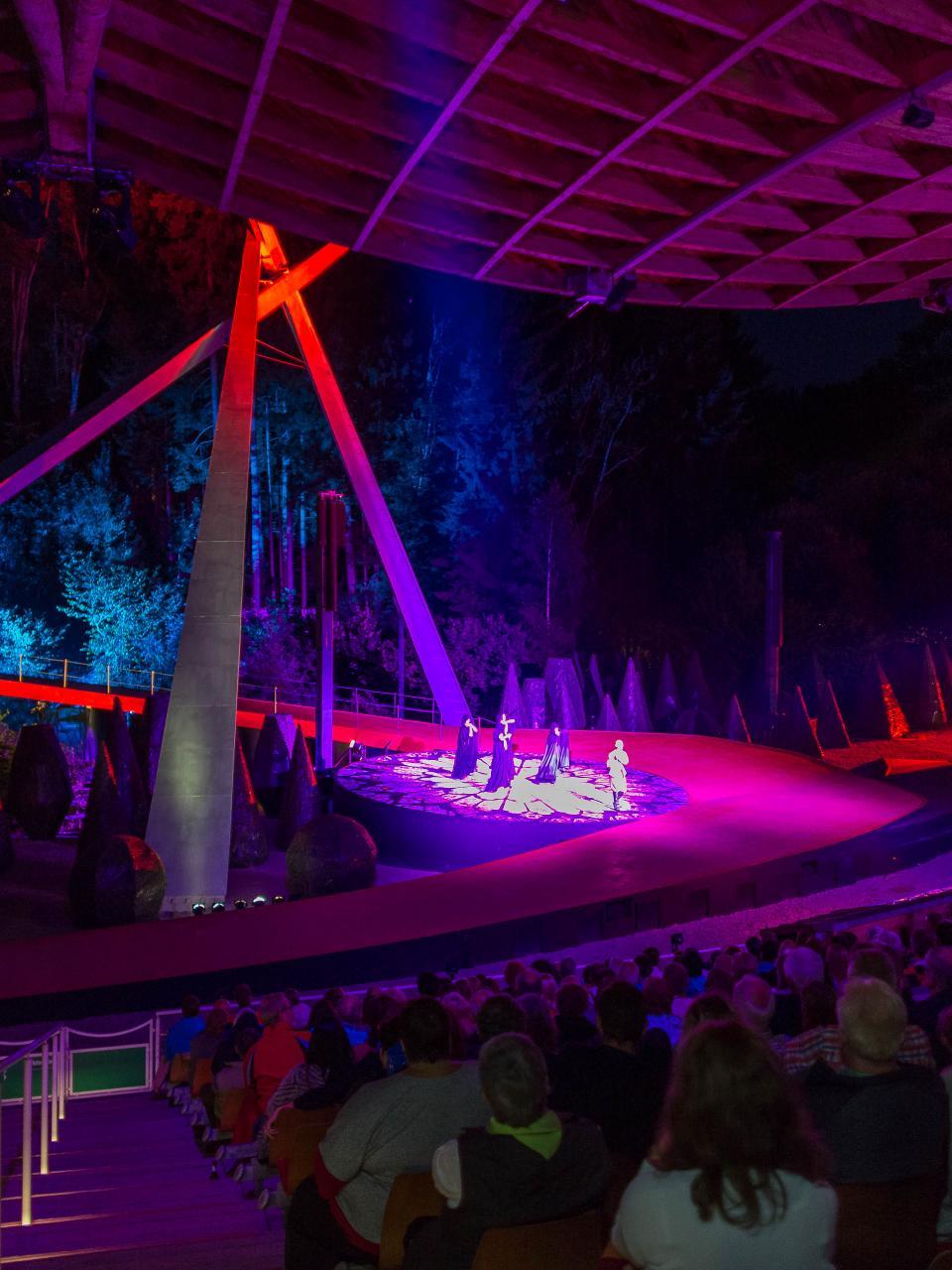 The renowned heroic epic performances are held here every three years. Among other events, this is where Andreas Hofer defies Napoleon, Robin Hood sneaks about in Sherwood Forest, William Tell lies in wait for Bailiff Gessler and the Maid of Orleans leads the French to victory over the English. The inhabitants of Altusried still fight tooth and nail for freedom here. Up to 600 of them participate voluntarily both on the stage and behind the scenes, and have done since 1879.

Since those days quite a lot has changed in Altusried. But even so, there is still only one group of main characters: the inhabitants themselves. They form a closely-knit group and an exclusive theatre company whose aim is provide top-class entertainment performed with passion and complete dedication. Performances feature spectacular highlights and bring unforgettable experiences, always combining the traditional with the modern to create something totally new.

Open-air stage performances of musicals and fairy tales are performed in a three year cycle, plus operas, operettas and concerts in between. And what is the reward for so much hard work? Simply the enthusiasm of the audiences, who come from all over Europe to enjoy this very special cultural highlight.

In order to give you a better service we use cookies. By continuing to browse the site you are agreeing to our use of cookies.